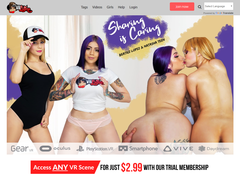 The very predecessor of VR was known as “virtual tourism”, and it started with the first stereoscopes made in the 1830s. These were the first attempt of creating a VR experience and they were mainly used to enable people in the 19th century to see famous buildings and landmarks. The mechanism they used was using two images, one for each eye. Thus, it created the illusion of viewing a real 3D image. The principle that stereoscopes used was maintained over the years as more than a century later, we still find it in our entry level VR kits. There were other inventions that tried to push the technology forward. However, despite having paved the way for future VR creations, they never were as successful as stereoscopes’ technology.